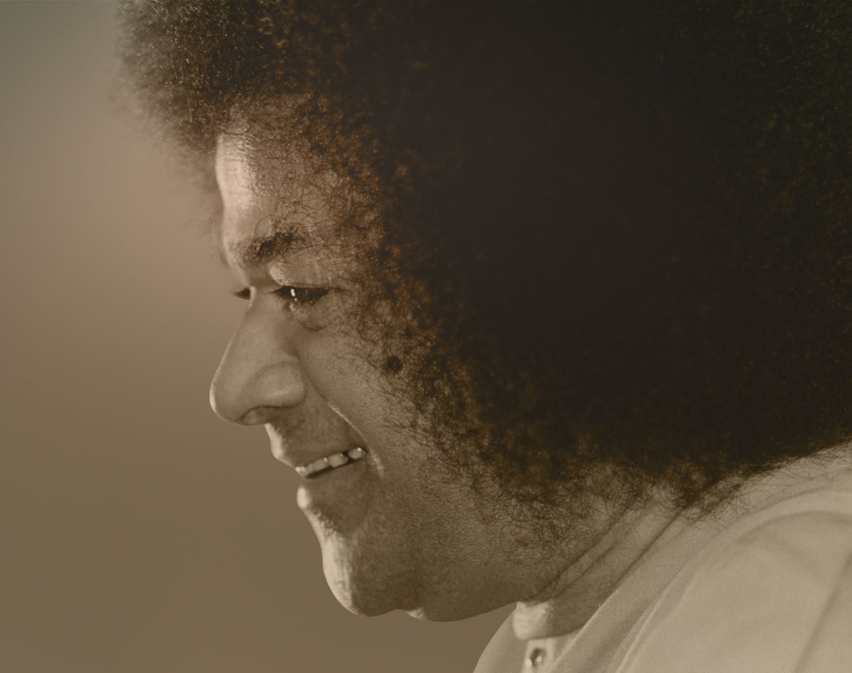 Sri Sathya Sai Baba showed to humanity the royal path to realise one’s divine nature, respecting the universal spiritual teachings common to all religions. The selfless and pristine love shown naturally and spontaneously by Sri Sathya Sai Baba attracted thousands of people daily from all parts of the world. His greatest miracle, recognised by His followers, is the transformation of the individual.

His mission, while recognising the validity of all religious traditions, goes beyond religiosity, and helps one realise his or her innate divinity, latent in every human being. It ensures that the values of Truth, Right Conduct, Peace, Love and Non-Violence are preserved and nurtured in every human endeavour and relationship. Selfless service to our fellowman and living in harmony with nature are the means exemplified by Sri Sathya Sai Baba to effectuate this end.
The Sri Sathya Sai Central Trust was set up by Sri Sathya Sai Baba to provide the necessary foundation, structure and guidelines for His egalitarian mission. Sri Sathya Sai is a divine legacy in the form of His life, His works of selfless service and His message, that millions were fortunate to inherit. This inheritance inspires in humanity, today, a greater responsibility to strive to realise genuine peace, harmony and dignity in themselves, their communities and the world at large.

The Sri Sathya Sai Central Trust was founded in 1972 by Sri Sathya Sai Baba as a public charitable trust with the objectives of extending relief to the poor, including education and health, and any other objects of general public utility, without any discrimination.

23rd of November, 1926, the Hindu year of Akshaya, meaning, the Never-declining, the Ever-full. It was the time of sunrise and the villagers were chanting the names of Lord Shiva, remembering that the day was Karthika Somavara, a Monday of the Holy Month of Karthika, devoted to the puja (worship) of Shiva. That day was made even more auspicious for Shiva worship because the ascendant star was Ardra (the star of Shiva). On this day, when these rare and propitious signs came together, the people thronged the temples of the Lord to offer special pujas and pray for His benediction.

The Mother had also just finished her Sathyanarayana Puja in accordance with her vows, for, even while she was going through the final rituals, the pangs forewarned her. When Easwaramma announced the pangs, word was sent to the mother-in-law, Smt Lakshmamma, the pious lady of the house; but, it became known that she had gone to the house of the priest to perform the Puja of Sathyanarayana; the messenger discovered her there and urged her to return; but she was so confident of the Grace of Lord Sathyanarayana, so steadfast in her devotion, so disciplined in her religious adherence, that she refused to be hustled!

She sent word that she would bring with her the sacred offerings after the Puja and that on no account would she allow her prayers to be interrupted! She finished the entire ritual with full concentration, came home and gave her daughter-in-law the flowers and the sacred water. Easwaramma partook of the blessings of the Lord. Next moment, the Lord was born and the Sun rose above the horizon!

This will close in 0 seconds